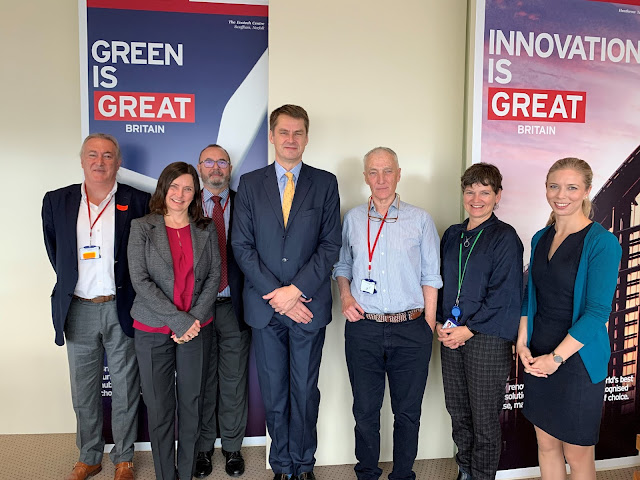 On Wednesday 30 October representatives of EuroCitizens plus Brexpats Hear Our Voice and ECREU (both by phone) had another useful meeting with Hugh Elliot and his team. We discussed Deal and No Deal scenarios and had an effective exchange of information and views. The most reassuring conclusion, for many of our members, is that contacts between HMG and the Spanish government are proceeding well on key issues relating to citizens rights. This is happening despite the political uncertainty in both countries and some alarming political ‘noise’.


To start with, we brought up the succession of unfortunate declarations by UK politicians such as those by Brandon Lewis and Priti Patel, as well as sometimes contradictory messaging from different government departments. The Embassy team acknowledged our concerns and reassured us that they have been passed on to Westminster. They advised Britons in Spain to focus on the country-specific Living in Spain Guides due to the different circumstances in each EU-27 host country.

The Ambassador said that the FCO and Spanish government are working closely on clarifying reciprocity on citizens’ rights, which is crucial in any No Deal. They have established that this will be possible even though the two systems are not symmetrical. At the same time, discussions are ongoing and positive about reciprocity arrangements in the event of a no-deal. The Embassy assured us that they will work on agreeing key messages for British citizens in Spain with the Spanish administration and that they will share these with us shortly.
On a practical level, we were informed that the Spanish government is putting extra resources into the registration of Britons in provinces like Alicante. If UK citizens have problems in getting appointments to register or, if registered, in receiving S1 healthcare, they should contact their local consulate. It also appears that there is still a large group of unregistered Britons who remain confused about  the documentation they, and/or their dependents, need to have (eg padrón/NIE/residence). The Embassy will study new ways of communicating to this segment, for example focusing on the need to register children even where their parents are registered.
We discussed citizens' rights in a Deal scenario and the need to clarify Spanish plans for dealing with Britons during and after the transition period. It is clear that we will be a distinct group of third-country nationals, but clarity is needed about alternative statuses like EU family member and EU long-term resident.
We pointed out our loss of rights even with a Deal. This comes not only from the end of our freedom of movement within the EU-27, cross-border service provision, etc., but also from losing rights within the grant of the UK - such as pensions uprating, home university fees and the rights of returning UK citizens with EU family. In the same way as the EU is aligning us with other third-country nationals, the UK government is equating us with other Britons outside the EU. There is a failure to recognize that we are a finite and distinct group of people, who have built our lives on EU citizenship, and who must therefore be treated differently. Hugh Elliot took this point and said he would pass our message to London.
Finally, we briefly discussed HMG communications on exercising voting rights in the forthcoming UK elections (for those still eligible). BiE groups will share our messaging with the Embassy on voter registration for Britons living in the EU and the most effective way of voting from abroad, which is through proxies.
Publicado por EuroCitizens2016 en 23:28 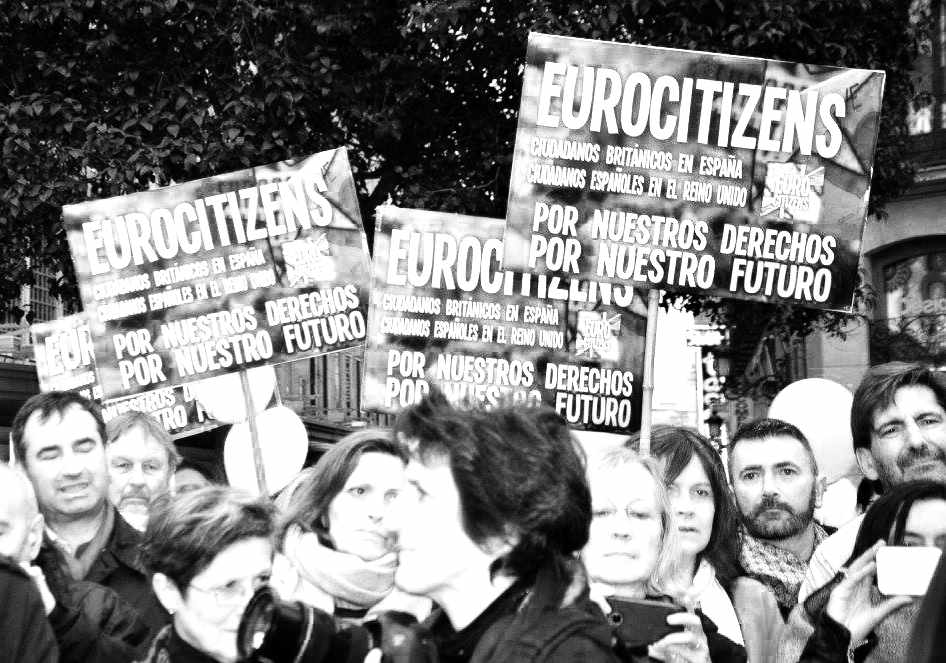 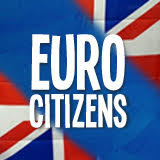